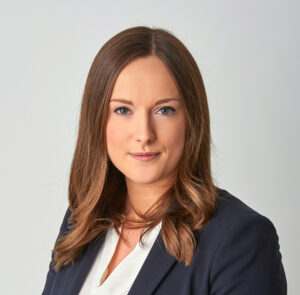 I started life as a junior tenant at Keating Chambers in 2016 following completion of a one year pupillage with Chambers. I found that the intellectual challenges that I faced throughout pupillage made it both a challenging and rewarding experience. By the time I finished the pupillage process at Keating, I had been exposed to a range of international and domestic work, gained invaluable advocacy experience and worked with members who are widely regarded as being at the top of the field.

In the week before the start of pupillage, Keating arranges for pupils to attend a construction law summer school to get a grounding in the basics.

Pupillage at Keating is then divided between 4 supervisors, each of whom you sit with for 3 months.

The first 3 months of my pupillage were spent working on a mix of “live” work on which my supervisor was instructed and “dead” work on which he had previously worked. This involved attending conferences, hearings, drafting pleadings, skeleton arguments and advices and discussing the cases with my supervisor. The disputes generally concerned allegations of breach of contract and/or tortious or statutory duties and mostly related to domestic and international construction projects.

Following the Christmas break, pupils move to a new supervisor and the pace of work increases. At this stage, I began to carry out work for members of Chambers other than my supervisor, which exposed me to the full scope of Chambers’ practice areas and enabled me to
get constructive feedback on my work from a range of members.

This process continued in the third seat, during which time I also began to receive my own instructions to attend hearings and draft pleadings and advices. My first hearing was for a small application in the Commercial Court. Soon afterwards, I was instructed to attend my first trial in the County Court which concerned a construction dispute between two neighbours. I was encouraged to talk through any concerns I had about appearing in my own right with my supervisors and other members of Chambers.

Pupils are monitored by their supervisors and the Pupillage Committee throughout the year. In order to ensure that this process is transparent and constructive, pupils are invited to a review half way through the year in order to discuss their progress. Usually at the end of the third seat, the tenancy decision is made. All members of Chambers have a vote and are assisted by the recommendation of the tenancy committee.

Following the tenancy decision, I worked predominantly on my own cases and was also instructed as a junior to other members of Chambers on larger-scale disputes. Whilst I was focused mostly on developing my own practice, I still sat with a supervisor who was able to offer guidance and support in moving towards tenancy.

Pupils are encouraged to attend networking and social events in Chambers from the outset. I also joined the Keating netball team during pupillage, which was a great opportunity to get to know other members and the clerking team. The atmosphere at Keating is welcoming and inclusive.