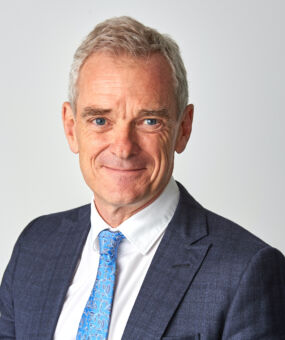 David Thomas QC is a hugely experienced advocate.
“Cross-examination skills second to none”
“Extremely hard-working, calm, bright, excellent with clients.”
“He can master complex briefs and articulate arguments speedily and efficiently”
“The doyen of the arbitration world”
“A very modern silk”
are a few of the quotes in Chambers UK, Chambers Global, the Legal 500 and Who’s Who Legal where David has been consistently recommended as a leader in his fields. David has recently been awarded Construction Silk of the Year at the 2021 Chambers UK Bar Awards, having also been shortlisted for the award in 2013 and 2017.

David is known for his forceful advocacy, incisive cross-examination skills, commercial awareness, and the clarity and practicality of his advice. He has been instructed in some of the biggest and highest profile cases in the world including the Shard, Wembley Stadium, the Olympic Stadium and the Burj Khalifa.

A large part of David’s practice arises from GCC countries, Africa and Asia. Recent international arbitrations have concerned a coal-fired power station in South Africa, a major road project in Tanzania, iconic developments and infrastructure in the Middle East, on shore and off shore oil and gas facilities, the construction of a hydroelectric power station in Vietnam, and DIFC cases related to “The World” and “The Palm”. In the UK, he is a regular Court of Appeal advocate and frequently appears before the Technology and Construction Court on high profile matters. He frequently deals with highly technical issues which have ranged from soil mechanics, to the behaviour of powders in hoppers, stresses in steel members, lead contamination of water, the properties of concrete and turbine performance. David has also provided longterm advisory work in relation to landmark developments around the world.

David has experience of all major standard form contracts including the FIDIC (Red, Yellow, Silver and Gold books) EPC contracts, NEC ,JCT, ICE forms, GC/Works/1, CCC/Works/1, ICHEME, MF/1 and SAJ. He also has great experience of amended standard forms. He is the Editor of “Keating on NEC3” (First Edition 2012) and writes the commentary on the NEC form in “Keating on Construction Contracts”. He advises regularly on NEC contract disputes and has conducted numerous adjudications and mediations in relation to the engineering and construction contract, the professional services contract, the term services contract and various amended versions thereof. He has lectured on the NEC and FIDIC forms in the UK, Hong Kong, South Korea, Oman and South Africa.

In addition, David sits as an arbitrator and adjudicator both in the UK and internationally.

David has a busy energy practice in the UK and internationally. He has widespread experience disputes related to mechanical electrical and process engineering, construction of power stations and CHPs, oil and gas, FPSOs and pipelines, open cast coal mining and coal handling, and nuclear waste disposal.

David is frequently instructed to advise and conduct adjudications on PFI and PPP contracts in relation to waste, roads, railways, prisons and hospitals. His recent cases include acting for authorities, building contractors, funders and FM contractors: