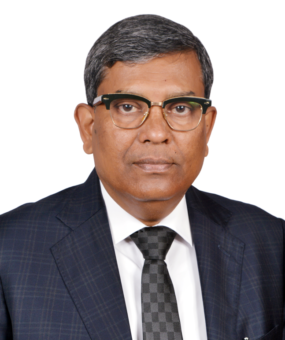 Ratan K Singh is a Senior Advocate based in New Delhi. He joined the Indian Bar in 1996 and is one of the leading arbitrators and counsels who is appointed and engaged in complex, high-value commercial litigation and arbitration. With about 25 years of experience, he has a heavyweight practice in India, as well as internationally, with specialties in construction, engineering, infrastructure, mining, and general commercial and civil disputes.

The length and breadth of Ratan’s practice has placed him at the top of the game in commercial litigation and arbitration, especially given his background in civil law and trial practice, giving parties a holistic approach and achievement at any stage of the case. Ratan’s advocacy experience reflects in a number of reported cases of the Supreme Court and various High Courts relating to writs, commercial litigations, and arbitrations concerning a variety of sectors like mining power plants, steel plants, highways, buildings, hotels, power transmission, joint ventures, and others.

Ratan has been involved with industry players and stakeholders through his chairmanship of the Society of Construction Law – India and directorship of the Chartered Institute of Arbitrators – India, apart from being in the apex body of various institutions. In recognition of his extensive international experience in dispute resolution, Ratan has received several fellowship calls from numerous internationally reputed organizations. These include FCIArb, FCIArb, FMIArb, FAIADR, and FPD. Commendably, Ratan is the only Indian to receive a fellowship from the International Academy of Construction Lawyers (IACL) following his election by existing IACL fellows, recognizing his reputation in the field of construction law.

Presiding Arbitrator in a dispute involving the construction of a national highway. Ad hoc arbitration. Place of arbitration: India.

Presiding arbitrator in a dispute involving the construction of joining, laying, and piping of drainage system for roads. Ad hoc arbitration. Place of arbitration: India.

Co-arbitrator in a dispute relating to an insurance dispute involving some of the biggest insurance and FMCG MNCs. Place of arbitration: India.

Co-arbitrator in a dispute relating to a concession agreement for collection of toll. Place of arbitration: India.

Acted as a sole arbitrator in over 100 arbitrations involving disputes relating to agency and joint ventures, construction, corporate acquisitions, defence contracts, distributorship, financial services and investment, insurance and reinsurance, partnership, power and energy, franchise, and other commercial and business sectors.

Counsel for a listed Indian company against a Finish Company in an ICC arbitration in London concerning an international supply agreement. Amount in dispute: INR 67 crores.

Counsel for one of the largest automobiles part manufacturer against a Japanese corporation in a SIAC arbitration in Singapore concerning a joint venture agreement.

Counsel for an Australian company against an Indian joint venture in an arbitration under UNCITRAL Rules concerning the joint venture agreement.

Counsel for a Swedish power MNC against Russian power MNC in a ICA arbitration concerning a thermal power plant.

Counsel for one of the largest automobiles part manufacturer against a Japanese corporation in a JCAA arbitration (including emergency arbitration) in Tokyo, concerning a joint venture agreement and license and technology transfer agreement. Amount in dispute: INR 45 crores.

Counsel for a franchiser against a Qatari company in a ICADR arbitration seated in Qatar, concerning a franchise and license agreement.

Acted as a counsel in various other international arbitrations and related litigation involving disputes relating to technology transfer, joint venture, license, intellectual property, and others.

Counsel for one of the biggest hospitality groups against a large luxury hotel brand in an ad hoc arbitration concerning hotel management agreement.

Counsel for a large construction company against a power company in an ad hoc arbitration concerning a thermal power plant in Chhattisgarh.

Counsel for an Indian company against a German MNC in an ad hoc arbitration concerning a hydro power plant project in Sikkim. Amount in dispute.

Acted as a counsel in various other domestic arbitrations and related litigation for public and private entities involving disputes relating to sale and distribution, road construction, urban development, infrastructure, buildings, telecommunications, energy, natural resources, and others.