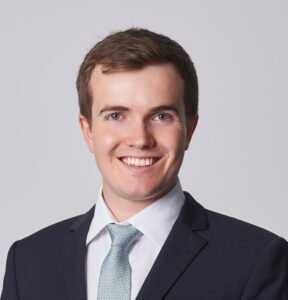 Life as a pupil

When describing pupillage to friends and family I typically described it as a cross between a one year (or at least nine months!) job interview and an apprenticeship. While it is tempting as a pupil to focus on the former, members of Keating Chambers, from supervisors to the most junior tenants to senior silks, are most interested in training and sharing their experience to enable pupils to develop.

Pupillage is split into four, with pupils moving to a new pupil supervisor every three months.

The first three months of pupillage was predominantly spent completing my own written work (pleadings and advices) on my supervisor’s old cases. Afterwards my supervisor would discuss my work and provide me with a copy of his work so I could clearly see what was required and how to improve. I also completed research notes on discrete points of law for other members of Chambers, often silks, and shadowed my supervisor at conferences, hearings etc (assisting as best I could!).

The second three months followed the same format, albeit the work was completely different as I became involved in adjudication matters. This demonstrated the variety between different members of Chambers’ practices at different times even within a specialist set.

The second six months of pupillage saw a noticeable, and welcome, shift in the rhythm of pupillage. Most importantly, pupils can now receive instructions in their own right for both pleadings and advocacy in Court. For a leading Commercial set, Keating Chambers puts an emphasis on ensuring its pupils and junior tenants have opportunities to be on their feet in court. Over the six months, I was instructed for around a dozen small claims hearings in County Courts from Burnley to Yeovil. I also attended two CMCs in construction cases and even appeared (by myself) in the High Court for a final charging order hearing in the TCC.

The other highlight of the second six was assisting my supervisor in a three-week TCC trial. My involvement in preparing the written openings, attendance at the trial and input to the written closings provided an opportunity to observe and understand how cases are won or lost and what drives the preparation of a case to trial.

The tenancy decision at Keating is taken at the end of June after the period with the third pupil supervisor. The weeks leading up to the decision were filled with completing work for senior silks and others members of Chambers.

There is no formal written assessment. The decision is based on reports from the pupil supervisors as well as assessments provided by other members of Chambers for each piece of work a pupil does. Chambers also arranges three advocacy exercises (after three, six and nine months). For these, my fellow pupil and I were each provided with the papers for a real case to prepare. We then had a three hour hearing against each other before a silk in Chambers. Overall, the tenancy selection process is fair and transparent. Regular feedback is provided by pupil supervisors and after six months there is a review meeting with members of the pupillage committee to discuss the pupil’s progress, any concerns they have and what they can do to keep improving.

I moved to my final supervisor immediately after the tenancy decision. Over the summer before starting as a tenant, I continued to do pleadings and hearings for my own smaller claims. I also became involved in larger matters, including as the third junior in an international arbitration involving a power station in the Middle East. This balance between large international work as part of a team with a QC and smaller domestic unled cases is a fixture of life as a junior tenant at Keating Chambers.