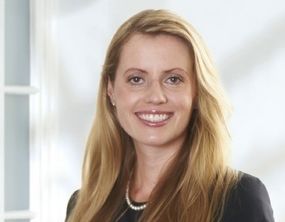 Recently described as: ”an extremely bright and effective advocate, and a real hit with clients”; “very intellectual, she gets to the heart of a dispute quickly and is very engaging”; and an “unflappable” barrister “who understands the issues straightaway”. Rachael specialises in high-value construction, engineering, technology, infrastructure, nuclear/energy along with professional negligence and insurance claims related to these sectors. She also acts in procurement disputes. She is instructed as a junior and in her own right, including acting as sole advocate in international arbitrations. Her clients are domestic and international, and she has experience in the English Courts and also representing parties under various international arbitral rules, including: ICC, LCIA, DIFC-LCIA, UNCITRAL and DIAC.

Rachael advises clients on all forms of commercial dispute resolution and has represented clients in mediations (including under the Court Scheme), adjudications and disputes under the Railway Industry Dispute Rules. She has been appointed as the legal nominee on a Dispute Advisory Board and is also a TECBAR Adjudicator. Rachael has also represented a Corporate Core Participant as part of the Grenfell Inquiry.

Rachael has contributed to various construction legal texts, including writing a Chapter for “Construction Law, Costs and Contemporary Developments: Drawing the Threads Together – A Festschrift for Lord Justice Jackson”, Edited by Julian Bailey.