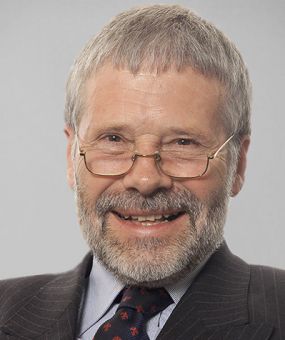 Alan Steynor was called to the Bar in 1975 and has been a practising barrister in Keating Chambers since 1978. He is a Fellow of the Chartered Institute of Arbitration and has sat regularly on the County Court as Recorder for over 15 years.

His practice covers the full range of work in which Keating Chambers specialise, including building, civil and structural engineering, mechanical engineering and similar technical work, acting for clients in central and local government, property developers, building and engineering contractors, architects, surveyors, project managers, engineers and building owners. He regularly handles cases in the High Court, both in the Queen’s Bench Division and the Technology and Construction Court, in London and in centres such as Manchester, Birmingham, Leeds and Cardiff. As a part time County Court Judge, he has up to date experience in trying civil cases involving construction and property law claims, breaches of contract, negligence and statutory duty, and the sometimes surprising operation of the Civil Procedure Rules, including case management.

Alan has substantial experience of arbitration proceedings at all stages, both in the United Kingdom and overseas, including appeals against arbitrators’ awards and court proceedings relating to arbitrations, including the removal of arbitrators and the resolution of procedural disputes. As a Fellow of the Chartered Institute of Arbitrators he is well informed of recent developments in arbitration law and practice. Since the introduction of adjudication he has built up considerable experience in advising and representing construction clients, both in written submissions and at hearings, and in enforcing and resisting adjudicators’ decisions in the High Court. He is a TECBAR Accredited Adjudicator and a supervisor for the MSc degree in construction law and arbitration at King’s College London.

In addition to construction matters, Alan Steynor has had considerable experience over more than twenty five years of commercial property work in areas such as landlord and tenant law, dilapidations claims, retail property law and conveyancing, highways and planning, boundary and party wall disputes. He has been involved in a number of high profile party wall disputes in recent years, one involving claims in excess of £1m.

Alan has a strong track record in advising clients in Health and Safety disputes and environmental law and defending prosecutions. His areas of work include the application of the Construction (Design and Management) Regulations 1994, the Health and Safety at Work of criminal procedure in both the Crown Court and Magistrates court relevant to enforcement proceedings and prosecutions.

Alan Steynor has a very good working knowledge of French. He is happy to travel to any part of the world on business and recently appeared in a case in the Falkland Islands.