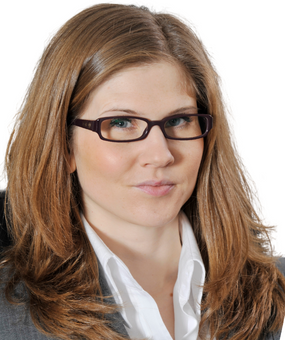 Alexandra Bodnar is a sought-after barrister specialising in the litigation and arbitration of UK and international construction and commercial matters. She regularly represents clients in the English Technology & Construction Court and Commercial Court, as well as in front of international and domestic arbitral tribunals. Her work involves high-value, complex construction, engineering, infrastructure and energy projects across the globe. This includes PFI projects, EPC projects and substantial commercial supply projects. Much of her work involves allegations of professional negligence against construction professionals and claims concerning significant damage to property.

She has particular expertise in bonds and guarantees, both within the construction sector and concerning business matters more generally. This includes claims for injunctions to restrain guarantee demands, and insurance coverage and avoidance matters.

In addition to acting as an advocate in adversarial proceedings, she advises clients. She also represents clients in alternative dispute resolution proceedings, such as mediation and UK construction adjudication (including adjudication enforcement claims).

Alex is an experienced construction and engineering junior, who acts for and against construction operators, professionals, owners, developers, insurers, funders and public bodies. Much of her work involves high-value, complex technical and legal issues in UK and international construction, engineering, energy and infrastructure projects. She deals regularly with cases involving allegations of professional negligence and significant damage to property (including as a result of fire, flood, landslip and contamination). She has been involved in a number of PPP/PFI disputes, including in respect of the application of Payment Mechanisms, and related Facilities Management and service contract issues. She is familiar with EPC contracts, as well as the full range of typical standard form UK and international construction contracts. She appears regularly in the English Technology & Construction Court and in front of arbitral tribunals, as sole and junior counsel.

Alex has particular experience of bonds and guarantees and has been involved, as sole and junior counsel, in some of the leading modern cases on UK construction performance bonds (including the ABI model form). She is familiar with coverage and avoidance issues arising under CAR and other construction insurance policies.

Current and recent examples of Alex’s construction work include:

Alex acts in professional negligence claims for and against professionals, often in a construction and engineering context. This includes allegations concerning architects, engineers, other designers, contract administrators and contract managers, as well as solicitors and financial advisers. She has also been involved in international regulatory proceedings.

Current and recent examples of Alex’s professional negligence work include:

Alex has particular expertise in cases involving banking instruments including guarantees, performance bonds and letters of credit. She has been involved, as sole and junior counsel, in some of the leading modern cases on UK construction performance bonds (including the ABI model form). She has significant experience of obtaining and resisting claims for injunctions concerning demands on guarantees.

Current and recent examples of Alex’s commercial work include:

Alex appears and advises in arbitrations, domestic construction adjudications (statutory and non- statutory) and mediations. She has also been involved in ad-hoc and bespoke contractual binding and non-binding dispute resolution processes.

Current and recent examples of Alex’s work in the energy sector include:

Alex is and has been involved in cases about utilities networks, pipelines, gas storage, a nuclear facility, stadia, bridges, cranes, the London underground, the London Olympics 2012, motorways and schools. She has extensive experience of PFI and related contracts. Her international infrastructure work has also involved cross-border power cables and various engineering projects of significance.

Current and recent examples of Alex’s infrastructure work include:

Alex advises on coverage and avoidance issues under insurance policies (including notification, fraud, extent of cover and policy exclusions). She has particular experience of typical construction insurance policies: CAR (including joint names issues), professional indemnity, property damage, building defects and public liability policies. In addition, much of her work involves subrogated claims on behalf of insurers.

Alex also has expertise in cases involving guarantees, performance bonds and letters of credit. She also acts in related claims on indemnities consequent on payments under bonds and guarantees.

Current and recent examples of Alex’s insurance work include: