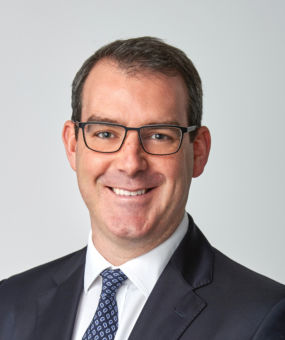 “Already a silk in the making”, Thomas Lazur is “a really gifted junior with a calm and professional approach to matters which puts both clients and solicitors at ease.”

Working as the leading junior his work has covered a vast range of prominent projects including the Burj Khalifa, the Riyadh Metro system, the XRL tunnelling project in Hong Kong, the decommissioning of the UK’s Magnox nuclear power stations, and a number of shipbuilding cases including the construction of offshore oil production facilities and Sailing Yacht A.

In litigation there are often substantial obstacles to the ideal preparation and presentation of a case. Thomas has been commended for his ability to deal with those issues and to work as part of a team in resolving them. In doing so he has been praised for his proactive approach, his accessibility, and his ability to stay calm under pressure.

As well as his work as a trial advocate, Thomas has been praised for giving clear and concise advice on the law and litigation strategy. He has extensive experience of all aspects of construction related disputes including adjudication enforcement proceedings, applications for security for costs, summary judgment, and other interlocutory issues including the disclosure pilot scheme and costs budgeting. His advisory work covers all construction related disputes including final account claims, claims for professional negligence, and contractual issues such as the interpretation of limitation clauses.

Over half of Thomas’ work has involved international arbitration. He has extensive experience of arbitrations under the ICC, LMAA and LCIA arbitration rules.

In addition to his work as counsel, Thomas is a Fellow of the Chartered Institute of Arbitrators (FCIArb), a TECBAR accredited adjudicator, a certified mediator, and an Advocacy Trainer for the Inner Temple.

Thomas has worked on a number of publications and also produces video law reports on TCC cases which can be viewed on his YouTube channel here: https://www.youtube.com/user/thomaslazur/featured

Thomas developed a specialism in energy related cases in his first few years of practice after being instructed as sole counsel in an ICC arbitration concerning the final account for a flue gas desulphurisation project in Eastern Europe. After a series of similar cases his work expanded into the oil and gas industry.

He has extensive experience in disputes concerning the construction of vessels used in offshore oil production, works to offshore drilling rigs and associated equipment, and oil and gas processing facilities. He has represented shipbuilders, purchasers and owners dealing with disputes over payment for additional work, termination, delays to delivery, and defects.

In addition to the legal issues that arise out of these cases, he particularly enjoys the technical and engineering issues that have been central to the claims.

Thomas’ father worked as an engineer in the oil and gas industry for over 50 years, specialising in turbomachinery used in offshore drilling operations. Having found it a hard career with relatively little reward, he advised Thomas to “never become an engineer”. Following that advice, Thomas set out on a path firmly away from science. It is something of a family joke that, despite his best efforts, he has developed a practice in the same industry.

The bulk of his work in this area has concerned offshore drilling platforms including the construction of new vessels and the refurbishment and extension of existing oil production facilities. His work has involved projects throughout the world including China, Korea, Nigeria, the Gulf of Mexico, and the North Sea.

Thomas is familiar with most of the standard forms used in the industry and is a contributing author to Keating on Offshore Construction and Marine Engineering Contracts.

He is regularly instructed as junior to silks from other chambers where there are construction related issues, such as defective works and delays, which may be unfamiliar to general commercial practitioners.

He also has significant experience in professional negligence claims arising out of these projects including claims arising out of FEED and EPC contracts associated with the development of existing production facilities. The technical issues he has covered include the floating dynamics of an offloading buoy, the defective design of a slug suppression system, defects in a blowout preventer and its management system, and pitting to propellers caused by a defective design.

He was also fortunate to be instructed on a dispute concerning the construction of Sailing Yacht A – the largest yacht ever built.

Thomas has extensive experience in a range of construction disputes from domestic disputes to some of the largest projects in the world. His work covers all aspects of construction disputes including adjudication proceedings and enforcement, advice on payment issues, professional negligence actions, defects, and final account claims. He has advised on contractual issues arising out of all standard forms of building contract. He is a contributing author for Keating on Construction Contracts.

He is familiar with all procedural issues that typically arise out of construction and engineering claims including adjudication enforcement proceedings, applications for security for costs, summary judgment hearings, costs budgeting, claims for declaratory relief, stays for arbitration, the disclosure pilot, and the trial of preliminary issues.

Recently he has developed considerable experience in transport infrastructure projects, a number of which have involved amended forms of the NEC form of contract. He is also a contributing author of Keating on NEC.

His work on more traditional construction projects is too extensive to list but recent examples include:

He also has significant experience of disputes arising of FEED and EPC contracts associated with pharmaceutical and chemical production facilities including the various forms of contract issued by IChemE. Projects have included the design, construction, and commissioning of:

For other examples of work see the Energy and Offshore Construction headings.

Thomas has considerable experience in professional negligence actions associated with construction and engineering projects. He has advised both claimants and professionals on the scope and standard of care owed under contract and in tort. He is comfortable with and enjoys claims that involve technical issues from complex steelwork design to engineering issues associated with the design and commissioning of power plants and drilling rigs. He regularly advises on the meaning and effect of clauses that exclude or limit the potential liability of construction professionals.

Most of the work listed under Offshore Construction and Marine Engineering has been in the context of an international arbitration, as have all of the international projects mentioned under the other categories above.

Thomas is happy to travel as necessary to deal with his cases. His work has involved projects around the globe including:

In order to develop his understanding of the various procedural issues involved in international arbitration, he obtained a Diploma in International Arbitration in 2013 and has been a Fellow of the Chartered Institute of Arbitrators since 2015.