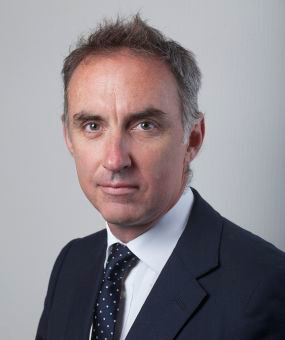 Marc Rowlands QC’s practice covers the full range of construction, engineering and technology disputes, in the UK and internationally. Praised as “very slick and very good”, he is regularly instructed in the TCC, Commercial Court and Court of Appeal and in arbitrations in the Middle East, Far East and the Caribbean. Marc is a Part II DIFC registered practitioner and is called to the Bahamian Bar. In addition to his work as counsel, Marc has acted as adjudicator, arbitrator (ICC) and mediator.

Marc has particular expertise in the JCT, NEC, FIDIC and LOGIC forms, and PFI contracts, and his offshore experience includes a year off from his studies working onshore and offshore (in the Bay of Benin) for a wireline logging company. He is also highly regarded for rail related work, having acted in numerous high profile cases around the world relating to infrastructure, rolling stock and regulatory work. He is particularly skilled at working with a team and managing large cases to achieve cost savings and the best commercial, practical outcomes for clients.

Marc’s experience of rail related work is unparalleled at the English Bar. He has acted for rolling stock manufacturers, infrastructure contractors, leasing companies, Train, Freight, Infrastructure and Concession Operating Companies, governments and regulatory authorities throughout the world. He has dealt with virtually every aspect of a railway (and most railway types, from tram and metro through to High Speed) from a technical point of view, both in relation to the permanent way and associated civil, structural and mechanical works and signalling systems, and rolling stock.

His UK cases include the Heathrow Tunnel and Chalfont tunnel collapses, the West Coast Mainline Upgrade, various derailment cases, the DLR Lewisham extension and the East London Line disputes, and numerous franchising and leasing contract issues (including, most recently, the Heathrow spur and Northern Rail).

Marc has extensive experience of the complex contractual matrix and financial modelling inherent in PFI disputes, particularly in the healthcare field. He has acted for a number of healthcare trusts, contractors and lenders, both in relation to financial/transactional issues and technical disputes arising out of the construction agreements. Complex financial modelling is intrinsic to this work, and Marc’s experience in relation to rail franchising issues means he is adept at understanding both the underlying spreadsheets and the payment and change mechanisms that relate to them.

Prior to coming to the Bar, Marc spent a year working onshore and offshore for Flopetrol in France and West Africa.

Marc has extensive expertise in the Middle East, having worked on projects in Dubai since 2001, when he represented the contractor building the Beniyas road interchange. In 2007 he spent 2 years representing the Joint Venture building the Dubai Metro.

He is very familiar with Civil Code law, having studied Comparative Law at Oxford, and from many years exposure to the UAE, Egyptian and Saudi codes.

Marc acts as counsel in a diverse range of complex and high-value international arbitrations worldwide, but particularly in the Middle East, Far East and Caribbean. Recent instructions have included:

Marc has experience of every conceivable type of infrastructure project: air, rail, road, power, process, telecommunications and building. He is particularly praised for his ability to deal with the voluminous and complex material that these cases often involve.

In addition to his extensive rail experience, he has acted for contractors, employers or lenders at Hong Kong and Dubai airports, on the A36 road project, Bridges in Hong Kong, on biomass, wind and cogeneration power facilities, chemical, waste and hydrocarbon process plants, satellite communication systems and numerous large building projects.