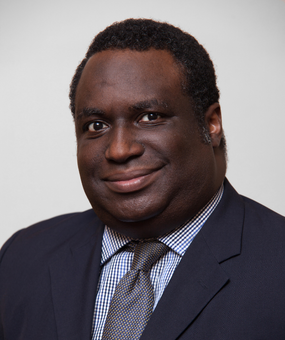 Abdul Jinadu was called to the Bar in 1995 and has been a practising barrister and arbitrator in Keating Chambers since 1996, specialising in construction, engineering and energy disputes, and domestic and international arbitration. He has acted for the full spectrum of clients including construction and engineering companies, government organisations, corporations, public utilities, local authorities, consultancies, architects and engineers. He is currently instructed on behalf of the Bereaved Survivors and Residents as a specialist construction counsel on the Grenfell Tower Inquiry.

He has an extensive international practice both as counsel and as arbitrator acting recently as counsel in respect of a number of disputes in several jurisdictions in the Middle East and as sole arbitrator and party appointed arbitrator in respect of major projects internationally including in Nigeria, Tanzania, Ghana and Turkmenistan. Recent appointments include as sole arbitrator in a Tanzanian arbitration and party appointed arbitrator in a £400m Nigerian dispute. His arbitrator appointments have included ICC and DIFC-LCIA appointments as well as ad hoc arbitrations. Abdul Jinadu is bi-lingual in English and Yoruba and maintains significant contacts with his home country of Nigeria. He has well developed contacts in the legal profession and in the construction and oil and gas sectors in Nigeria. He is Secretary Pro Tem of the Society of Construction Law Nigeria. He is a member of the Court of the Lagos Chamber of Commerce International Arbitration Centre, a member of the Lagos Court of Arbitration, a member of the Advisory Board of Africa Construction Law, and has been appointed to the Directory of African International Arbitrators. He is also a Fellow of the Chartered Institute of Arbitrators in the UK and of the Botswana Institute of Arbitrators.

Abdul has “a strong adjudication element to his practice” and is a TECBAR accredited adjudicator. In addition to acting as an adjudicator and giving papers and seminars on the subject, he has acted for clients at all stages of the adjudication process (advising, drafting, and representation at enforcement proceedings) and at all levels up to the Court of Appeal.