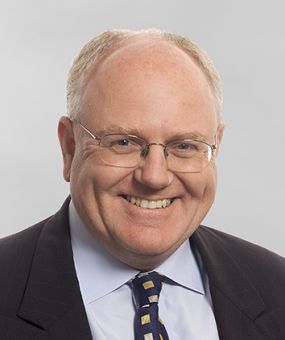 Ian Pennicott KC’s practice covers a broad spectrum of advisory and advocacy work related to construction, engineering, energy, technology, mining, process plant and insurance disputes, along with professional negligence claims involving architects, engineers and surveyors. He also advises on alternative dispute resolution, and has been active in adjudication in the UK (as advisor, advocate or adjudicator) and arbitrations in the UK, Hong Kong, Singapore and Korea (as advocate or arbitrator). Ian has particular experience in claims relating to off-shore oil and gas assets, railway infrastructure, power station construction, environmental and regulatory work and shipbuilding contracts.

Ian has recently acted for clients in disputes concerning large infrastructure projects in Hong Kong, large scale commercial and residential developments in Hong Kong, a complex power station project in Vietnam, a chemical plant dispute in Indonesia and a mining dispute in Mongolia. He has also recently appeared at a well-publicised public inquiry in Hong Kong concerning the investigation of levels of lead in potable water at Housing Authority developments.  He is currently Counsel to the Commission in another construction related public inquiry in Hong Kong. Ian continues to be instructed on a number of other substantial matters in Hong Kong as well as other mainstream construction and engineering work in Hong Kong. His clients include the Government of the Hong Kong SAR, the Hong Kong Housing Authority, MTRC, tertiary educational establishments, numerous listed and privately owned companies (developers, joint ventures, main contractors, sub-contractors and plant hirers), various Incorporated Owners and insurance companies.

Between 1984 and 1989, Ian practised as a barrister in Hong Kong (from what is now Des Voeux Chambers). From 1990 to 2010 he was in full time practice in London at Keating Chambers. He was appointed Queen’s Counsel in 2003. In June 2010 Ian re-joined Des Voeux Chambers on a full-time basis, although he retains his status as an International Tenant at Keating Chambers. He was appointed Senior Counsel in Hong Kong in 2014 and is a Bencher of the Middle Temple.