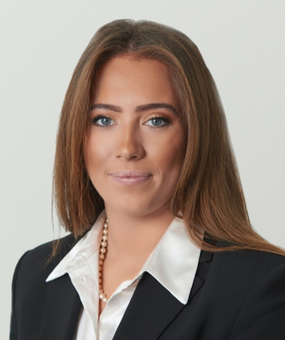 Isobel was called to the Bar in 2021 and became a tenant at Keating Chambers in 2022 following the successful completion of her pupillage.

Isobel is developing a broad and busy practice across Chambers’ specialisms, including international and domestic cases, both as sole counsel and as junior counsel in larger teams. During pupillage, Isobel’s work encompassed a wide range of practice areas, including construction and engineering, professional negligence, procurement, utilities and insurance. She has worked on cases involving a variety of standard form contracts, including the JCT, NEC, FIDIC and RIBA forms of appointment, as well as bespoke construction contracts, and PFI/PPP agreements.

In addition to assisting on contentious and advisory matters in those fields, she has also appeared as sole counsel in the County Court and has assisted on matters in the TCC. Further, Isobel has gained experience of various forms of alternative dispute resolution, including adjudication (contractual and statutory), arbitration (UNCITRAL and LCIA rules) and disciplinary tribunals under the Architects Act 1997.

Before coming to the Bar, Isobel worked in the Utilities Industry, gaining insight into disputes arising under the Water Industry Act 1991 and associated legislation. Whilst studying for the Bar Course, Isobel volunteered with ELTAL and StreetLaw, giving presentations on a variety of legal topics both contractual and tortious. Isobel also represented her University, successfully, in multiple regional and international moots. Most notable, was her appearance in the Philip C. Jessup International Law Moot Court Competition, which is the oldest and largest international mooting competition in the world. This saw Isobel compete against several countries and win an award for the Best Written Respondent Memorial.

Isobel accepts instructions to advise, draft pleadings and represent clients in relation to a broad range of commercial matters, with an emphasis upon construction, engineering, professional negligence and energy disputes.