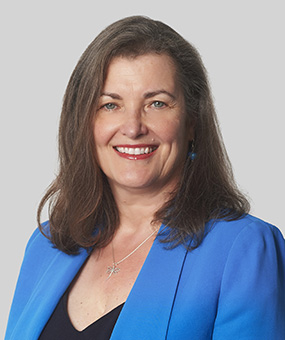 Rosemary Jackson is in full-time practice as a Mediator and Conciliator. This follows a successful practice at the Construction Bar from 1983, when she joined Keating Chambers as the first female specialist building counsel at the English Bar, until October 2014. Up to January 2018, Rosemary also accepted appointments as an  Adjudicator and Arbitrator.  Rosemary was appointed as Queen’s Counsel in 2006.

Rosemary received the Clare Edwards Award for professional excellence and contribution to the legal profession serving the construction industry in 2018. The award, which is sponsored by TECSA and the Contractor’s Legal Group is awarded when an exceptional candidate is identified.

‘Exceptional in fulfilling the role of mediator,’ Rosemary Jackson is ‘very insightful, automatically commands respect, and is very committed to making effective use of the time parties devote to mediation in order to get a settlement’ (Legal 500). Rosemary has been an accredited mediator since 2001 and has built up a first class reputation as the ‘ideal facilitator’, a personable and user-friendly mediator of domestic and international commercial disputes of all types. She draws praise for her ‘gravitas’ and ‘shuttle diplomacy in difficult circumstances (Chambers & Partners 2017). She is featured as a Leading Silk for construction mediations by Legal 500, 2020 and listed in Band 1 (Mediation) by Chambers and Partners UK and UK Bar Guides 2020, having been ranked as a mediator since 2010. Rosemary is recognised in the Legal 500 Hall of Fame for mediators. She is consistently listed as one of the world’s leading construction mediators in Who’s Who Legal: Construction, and as a Global Elite Thought Leader in Who’s Who Legal: Mediation 2020.

Her background in construction litigation, combined with good preparation, enables her to identify the issues incisively. This enables her to reality-test the parties’ cases and assist them in evaluating their strengths and weaknesses. Rosemary’s approach is adaptable, and she is able to deploy a blend of facilitation and evaluation to suit the particular mediation. Where invited (and if appropriate) she is willing to assist the parties by making evaluations, recommendations or post-mediation assessments.

Rosemary’s approach is highly commercial. She has mediated and co-mediated disputes up to £2bn and between up to 10 parties. Many complex or multi-party mediations benefit from Rosemary’s ability to case-manage the dispute and participate in a structured mediation process over a number of months.

Feedback shows that Rosemary is much appreciated for her calmness and patience but also her tenacity. She understands that parties sometimes need time and patience to make the necessary move to clinch a deal but also that there are times when firm handling is needed to help them bridge the seemingly unbridgeable final gap. She is excellent at injecting a little humour when necessary, to relieve the tension. She is also mindful that it must be the right deal for the parties, and not one which they feel bullied into.

Whilst in practice at the Bar, Rosemary Jackson specialised in the field of construction, engineering,  energy, professional negligence and commercial/contract law, including advice and advocacy in relation to litigation and arbitration, adjudication and mediation, and contract drafting. She appeared as an advocate in Courts at all levels and before a wide range of adjudicators and arbitrators, as well as in appeals or challenges against arbitration decisions. She represented local authorities, the Treasury Solicitor, contractors, sub-contractors, developers, property owners and purchasers, and professionals, including architects, engineers and surveyors. She gained considerable experience of advisory work and litigation arising out of party wall matters.

As well as successfully representing many clients in arbitrations and adjudications, Rosemary has acted as an arbitrator and adjudicator.

Rosemary was consistently ranked in Legal Experts, Legal 500 and Chambers and Partners for Construction Law, as she is now for her practice as a Mediator.