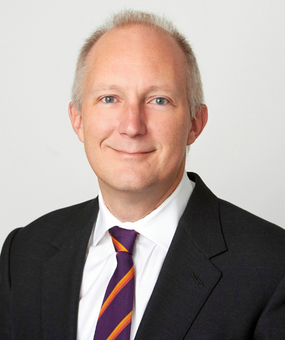 Samuel Townend is a silk with a heavy practice across the spread of Chambers’ work, both domestic and international, known for being “a great strategist and fantastic in cross-examination” and “very clear, logical and persuasive”. (Chambers UK and Legal 500 2022).

Along with mainstream construction, energy and professional negligence work, for all of which he is recommended in the directories, his particular specialities are offshore construction and marine engineering including dredging, together with infrastructure and utilities. This has resulted in Samuel also being listed in domestic and international directories for international arbitration. Samuel is known to be “a first-class advocate with the tenacity of a pit bull and manners of an English gentleman” (Legal 500 2017). He was nominated for Construction and Energy Junior of the Year at the 2019 Legal 500 awards.

Whether instructed as sole counsel, leading junior, or co-counsel, Samuel is an energetic and enthusiastic member of the team known to be “extremely capable, and effective, and a pleasure to work with” (Legal 500 Energy 2022), with his written pleadings and advocacy noted as “very clear, logical and persuasive” (Legal 500 International Arbitration 2022).   Samuel relishes getting stuck into the most legally complex and factually detailed disputes, providing “great advice” and championing the client in whatever forum is specified.

Samuel regularly acts for clients in the courts of England, Wales, and Northern Ireland, and he has a thriving practice in international and domestic arbitration (recently acting in arbitrations to final hearing in Australia, Singapore, Paris, the IDRC and, most recently, a fully remote ICC arbitration), along with all forms of alternative dispute resolution.

It is a reflection of the high regard in which he is held by the industry, that Samuel was appointed Standing Counsel for the National House Building Council (NHBC), the market leading insurer of new and refurbished residential properties in the UK, for whom he acts for claims, recoveries and against personal guarantors. He recently successfully appeared in the Court of Appeal for NHBC in Herons Court v NHBC Building Control Services Ltd [2019] EWCA Civ 1423, concerning an attempt to extend s.1 of the Defective Premises Act 1972 to approved inspectors.

Samuel is an Accredited Mediator, Adjudicator and Dispute Resolution Board panellist and has acted as Mediator in domestic, international and remote mediations. He also regularly acts as mediation and negotiation advocate.

Samuel has a specialism in working for utilities companies whether instructed by in-house counsel or external solicitors, including water companies such as Anglian Water, Veolia Water, Dalraida and Yorkshire Water, including: