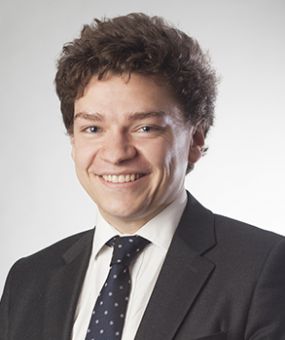 Tom Coulson has a busy practice in domestic and international construction, engineering, and energy disputes, together with associated professional negligence and insurance matters.

Tom is described as “a rising star at the Construction Bar” and as having “significant experience as junior or sole counsel in TCC proceedings” (Chambers and Partners 2021). He is described as offering “great analytical skills” and as “extremely helpful and proactive not just in terms of legal advice but also strategically”.

Professional negligence disputes represent a significant proportion of Tom’s practice. He is regularly instructed (both as sole and junior counsel) in claims involving architects, engineers and surveyors.

Recent examples of acting as junior counsel include:

Tom has a particular interest in policy coverage disputes and other insurance issues and has been instructed to advise in relation to:

Tom has acted in a number of substantial international arbitrations under a variety of different arbitral rules in disputes governed by a wide range of governing law. Recent examples include:

Examples of recent cases include:

Tom is a contributor to Keating on Construction & Marine Engineering. Examples of recent cases include:

Tom has a particular interest in PFI disputes and has significant experience of them, both in adjudication and, increasingly, in High Court proceedings. Examples of recent PFI experience includes:

Tom has acted in numerous adjudications and is regularly instructed to advise parties in relation to the enforceability of adjudicator’s decisions, the operation of the 1996 Act, and in respect of related Part 8 proceedings. Examples of recent experience include:

Tom has acted as junior counsel in a number of substantial procurement disputes. Examples include: