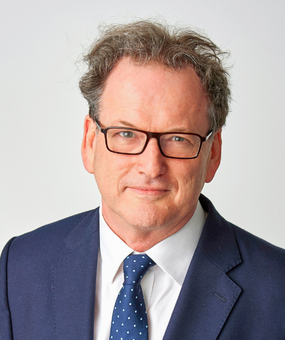 Marcus Taverner KC became a full time Arbitrator and Adjudicator in October 2021. He was described by Legal 500 (2020) as ‘One of the leading new generation construction arbitrators – he has a good incisive brain; listens to arguments carefully but makes his mind up and is decisive.’

Marcus has received instructions as arbitrator/adjudicator for the past 20 years where he has sat on ICC, LCIA, SIAC and other Arbitral Panels as well as on Dispute Adjudication Boards in the UK and worldwide. These appointments have increased significantly in the last 7 years and his recent appointments, many as Chairman/President, comprise multi-million dollar construction and energy disputes in the UK and in jurisdictions around the world, including Australia; South Africa; the Middle East, Nigeria, the USA and Hong Kong.

Before concentrating on arbitration and adjudication, Marcus Taverner KC was awarded “Construction Silk of the Year” in 2009 and 2015 by Chambers & Partners. He was recommended as “the leading construction silk at the bar today” (Who’s Who Legal 2016). The Legal 500 UK 2018 reported him as “Incredibly hardworking, consistently energetic, and rightly regarded as a doyen of the construction sector”. He was recently identified in Chambers UK 2020 as “A commanding advocate who is, in our view, second to none in the construction field.”

He was particularly well known for his understanding of the commercial aspects of litigation and his mastering of the technical detail of complex and high value cases. The combination of “unparalleled advocacy skills” and “sound judgment” made him a popular choice for international and domestic clients.

Marcus appeared in all tiers of the UK Courts in the UK over the last 40 years. He advised and represented clients on projects around the world including Australia, Brazil, China, Dubai, Estonia, Egypt, Italy, India, Hong Kong, Jordan, Nigeria, Oman, Peru, Qatar, Russia, Saudi Arabia, Uzbekistan, the USA, Vietnam, and the West Indies. He acted on behalf of UK governmental bodies, foreign governments and many of the UK’s largest construction and engineering companies, developers, construction professionals and their insurers.