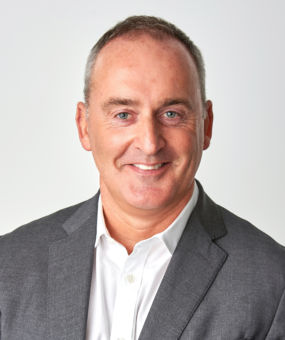 Simon Hughes KC is a specialist silk in major construction, engineering, shipbuilding and other off-shore and energy related disputes was recently awarded “Construction and Energy Silk of the Year” for 2019 by the Legal 500. He comes recommended for his client-focused approach, understanding of the technicalities of disputes and his “exceptional” advocacy, cross-examination, and advice. Simon has been fortunate to have acted on some of the largest, and most challenging, heavy civil engineering disputes of the day (including a great deal of highway/highway infrastructure and associated geotechnical work).

Simon has been involved in disputes involving most standard form contracts used for substantial projects including the JCT standard forms, ICE 5th and 6th editions, the NEC, IChemE, FIDIC (Green, Red, Yellow and Silver Books), and derivative standard form agreements. He has particular experience of FIDIC forms and the NEC. In terms of types of dispute, Simon has particular experience of international power-plant disputes, major infrastructure projects and shipbuilding work, particularly in the Far East, and in disputes where the governing law is not English law. He has represented and advised clients on disputes in Hong Kong, Singapore, Korea, Australia, Dubai and other parts of the UAE, various islands within the Caribbean and New Zealand. Simon has significant experience of working with Korean clients, and particular major Korean contractors, in connection with the mega-projects in which they are often play a crucial role. He has also been admitted to the Bar in Trinidad & Tobago and New Zealand for specific cases.

Whilst a lot of Simon’s work involves arbitration – and he has experience of over 20 different national legal systems being the law of the contract – he is also well-known as a court advocate, both in the TCC and Commercial Court in London, and has been successful in a large number of reported cases.

Disputes in the energy sector are a central part of Simon’s practice as a senior KC. Simon’s dispute and advisory practice encompasses construction of power-generating facilities across the whole spectrum of fuels; transportation and sale of oil, gas and electricity; drilling and exploration disputes; and nuclear new-build and decommissioning disputes. He has recently been selected as the QC to work alongside NNB Genco (HPC) as their project to build two new nuclear reactors at Hinkley Point C in Somerset takes shape.

Simon has been involved in major one-off UK projects such as the Channel Tunnel, the Jubilee Line Extension, the refurbishment of Blackwall Tunnel and work to Thelwall Viaduct. In the international  context, involvement in substantial disputes has included those in Nigeria concerned with LNG facilities; pipe line construction and protection works in Kazakhstan and Georgia; and major road projects for a US contractor in Eastern Europe.

The nuclear power sector has always been of substantial interest to Simon. Shortly after being taken on at Keating Chambers, he worked for several months at Sellafield. Far more recently, Simon has conducted a number of adjudications concerned with various decommissioning projects within the UK. He was involved in a major arbitration associated with the UK’s nuclear deterrent. He has also acted for a major German power generating company in relation to its costs of having spent fuel reprocessed in the UK.

This is a substantial part of Simon’s practice in silk, and an area in which he offers substantial experience. The following are examples of work in recent years:

Simon has long-standing experience of international arbitration under all of the major sets of arbitration rules (ICC, SIAC, DIAC, LCIA, LMAA, AAA and Swiss Rules) and has a particular expertise in fighting arbitrations, in English, where the law of the contract is not the law of England & Wales. This sort of work requires particular skill and experience, and Simon has arbitrated under the law of in excess of 20 different countries. Examples of recent experience:

A specialist area for Simon is large disputes where the contracting terms are based around, or incorporate, FIDIC Conditions of Contract. Simon is the co-author of a leading commentary on the FIDIC Red Book (latest edition now includes Yellow Book) and Simon has previously taught LLM courses, and continues to give seminars, focused on FIDIC. The following examples of recent work show the range of Simon’s experience:

Construction-related professional negligence is a significant part of Simon’s overall practice. Simon has acted in claims against consulting engineers in connection with the design and build of a well-known sports stadium and architects in relation to the design of a new stand at a wellknown race course. He has acted both for and against professionals in a series of ‘fire cases’ involving complex technical issues relating to causation and also extent of recoverable loss. Simon has particular experience of professional negligence arising in the context of earthworks, geotechnical investigations, soil stabilisation and complex sub-sea engineering work (cabling, tunnelling and drilling).

Simon regularly becomes involved in ‘commercial’ issues and disputes, whether as a function of his main construction & engineering/energy practice or in any event. Simon is regularly involved in disputes relating to bonds & guarantees; complex issues over insurance and reinsurance of risk; disputes over ownership and entitlement particularly in the insolvency context; and the full range of interlocutory measures aimed at supporting and enforcing international arbitration.